What a wonderful two weeks back in Herons class. It has been a fun filled few weeks where we have started our new topic about trade. To begin with we researched where different products are imported from. We then worked in groups which represented different countries. We had to make as much money as possible using the resources that were given to us and by trading with other countries. As a class, we worked out that it would be easier for the wealthier countries to trade because they have more money and resources to import and export.

We then visited Jude's Ice Cream factory in Twyford. Jude set us a challenge where we have to design our own ice cream flavour and pot! Jude will visit us in school soon and we have to pitch our idea to her in the same style as Dragon's Den. She will then pick a winner!

In English, we have explored a wide range of poetry written by Kate Wakeling in her anthology called Moon Juice. We have then analysed these to explore how she used poetic features to build imagery in her poems. Over the past two weeks we have explored alliteration, onomatopoeia, personification, simile and metaphor. We will then use these features to write our own poems. 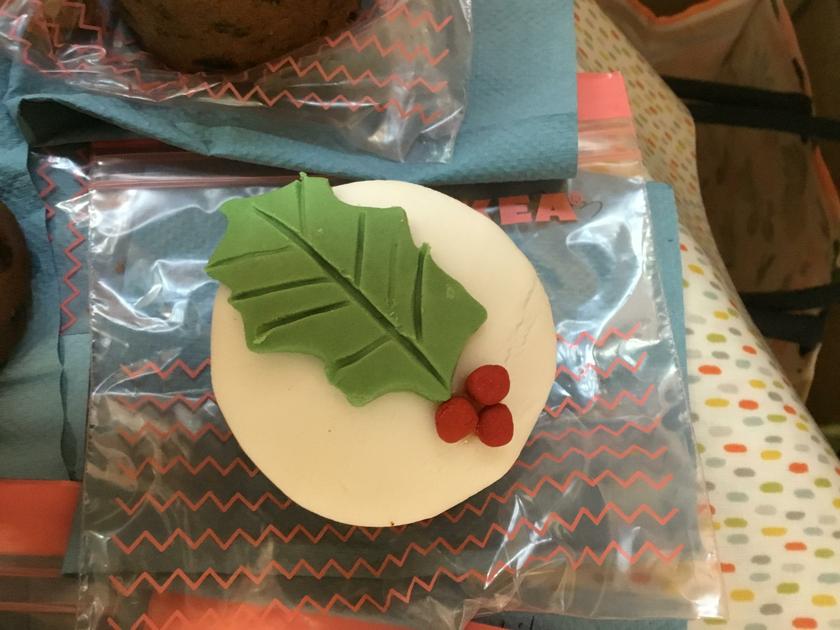 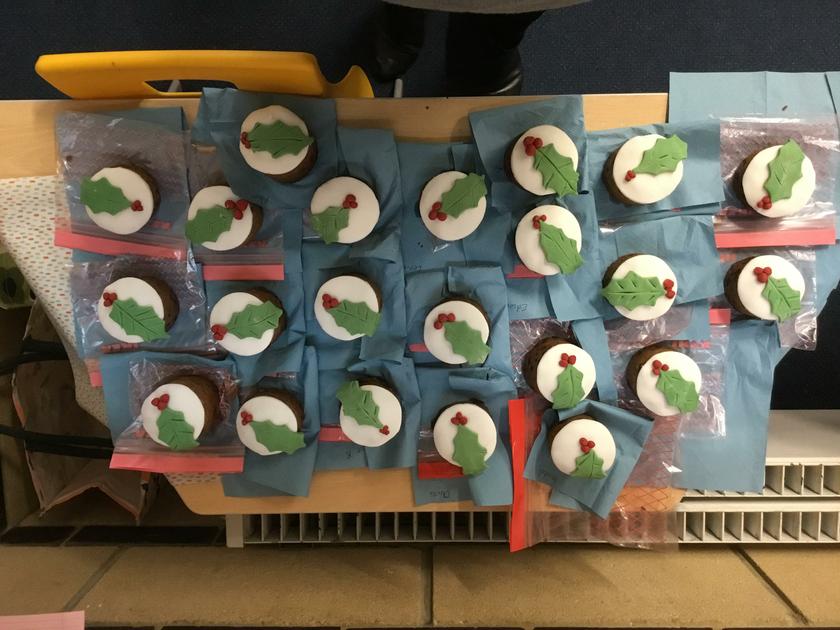 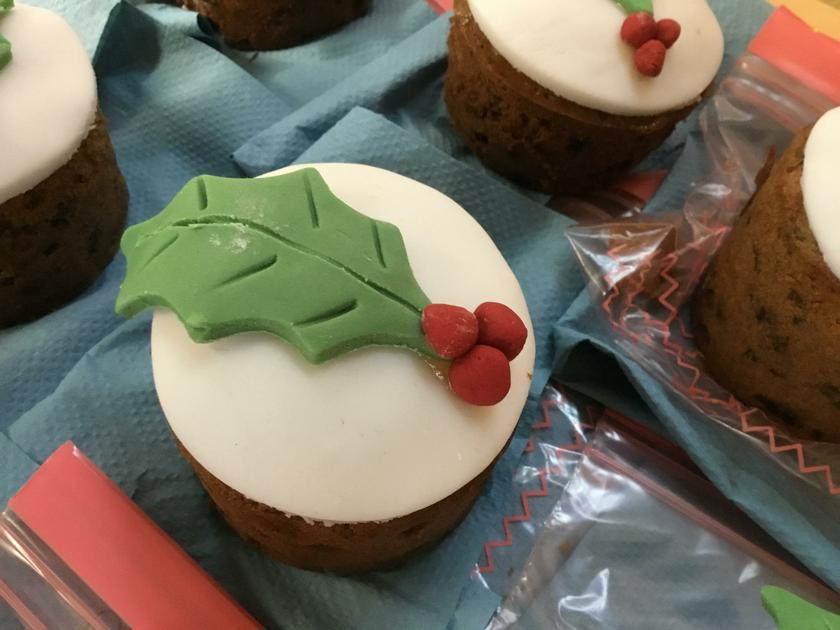 We have had a wonderful last week before Christmas! Thank you to everyone who came to watch our Carol Concert, over the past few weeks we have spent a long time rehearsing and were pleased that everyone enjoyed it. We spent our week making Christmas cakes - we even had a small taster and most of us agreed tasted pretty good! On Friday, we arrived in school to find that Father Christmas had come to visit over night as a small treat as we wouldn't be in school on Christmas Day. We opened our gifts to discover some new wet play games for us to keep in school, and enjoyed spending time playing with them in the afternoon!

We hope you have a wonderful Christmas and look forward to seeing you in the New Year!

In English, we have written our biographies based on Spartacus the Gladiator. We used our research from the previous week to formulate 4 different paragraphs based on Spartacus's early life, his gladiator days, his escape and his death. We also wrote an introduction to capture our audiences attention.

Science involved us learning about the water cycle, we thought about what would happen to the rain outside and recreated our own versions in our books.

We have been practicing our 6 and 9 times tables in Maths. As a class we have been working together to recognise the patterns we see in both of these times tables. We have also learnt different strategies to help us remember them.

This week we went to Fishbourne Palace! We discovered many interesting facts including how the Romans made toothpaste and how they would have lived there lives thousands of years ago! We enjoyed looking at the mosaics and appreciated how long it must have taken for the slaves to lay them. Herons became slaves for the day in the workshop where they dressed up and took part in roman activities - some of which were challenging for the adults! Despite the horrible weather we had a wonderful day out!

In English, we have continued to extend our knowledge about the Romans. We researched Spartacus the gladiator to support us when we write a biography about his life. We have learnt alot of interesting facts and were shocked to know that slaves couldn't just say no!

In Maths, you may have seen there has been a focus on the 6 times table! We have been focusing on multiplying and dividing by 6 and using this to help us problem solve.

We started the week by thinking about Remembrance Sunday, as a class we discussed what we knew about WW1 and why it would be important to remember them. Using watercolours, we painted our own poppies ready to be displayed around the school to celebrate and remember the lives of the fallen soldiers.

In Maths, we started to learn about perimeter and how we can measure perimeter on a grid by counting the squares around the outside of the shape. We designed our own floorplans for houses that we might want to live in when we grow up measuring the perimeter of each room as we went. This then led to us working out perimeter of shapes that weren't on a grid and discovering a method to work this out.

We innovated our own Ugly Duckling stories this week, using the characters we had previously created. It was a wonderful collection of stories to read.

Welcome back after half term! We have had a great first week back with a very exciting visit from Mr Webber who is a science teacher from Henry Beaufort. He helped launch our new topic of states of matter where we looked at condensation using polestyrene cups, cold water and ice. We used a paper towel to see if condensation had formed on the outside of the cup!

In PE, we took part in yoga activities to help us with our balance and to stretch our bodies. We found it helped us to relax and it was fun because it had followed a story.

Thank you for coming to watch our class assembly, we really enjoyed showcasing all of the work we had done over the first term in Year 4.

This week we conducted our science experiment and identified two instruments that would be great for a new fire bell. These were the recorder and the drum, however we identified that our results couldn't be reliable because some of us did the experiment inside and others worked outside.

In Maths, we have been focusing on addition and subtraction using column method! We were finding the mental calculation aspect difficult but with the help of Mr Sunshine we have definitely become a lot quicker!

We have also celebrated our home learning tasks and enjoyed sharing and looking at other herons work. People had some brilliantly creative ideas that included creating the Leaning Tower of Piza, the Eiffel Tower and a landscape using physical and human features.

What a lovely half term it has been! We celebrated working hard by having our marble treat - we enjoyed watching a film in our PJ's!

I hope you have a fabulous half term, and look forward to seeing you in a week :)

Science has given us the opportunity to explore our investigation skills. We were tasked with finding a better instrument for the fire bell. Together we thought about the instruments we would like to use, how we would keep our test fair and how we would record our results!

We enjoyed our final swimming lesson this week with many of Herons gaining their KS2 swimming certificates! Some of us were able to try swimming in t-shirts to help us with our self-rescue techniques. In Maths, we have explored negative numbers and continued rounding to the nearest 10, 100 and 1000. Herons have also spent time on Times Table Rockstars to help us feel more confident in using it at home.

During Art lessons we have been looking at a variety of European artists, this week our focus was Coco Chanel. We discovered that the first shop that she opened was a hat shop. Using paper and other materials we designed and made our own hats and presented them in a fashion show!

This week we have continued with our understanding of thousand numbers through comparing them and putting them in both ascending and descending order. After publishing our wanted posters we have worked towards writing our newspaper reports about the robbery. We had a visit from the train driver who told us about what she saw so we could retrieve a quote to put into our report.

We have discussed pitch and volume in our science lessons and used our voices to experiment with the different pitches - identifying how this would look in a sound wave.

This week we have written our character description for one of the twin brothers from the film 'Ruckus'. As a class, we have edited our writing to improve it by using exclamation marks and a variety of sentence starters. We have started to publish these on to tea stained paper for authenticity.

We have continued to use 1000 numbers in Maths and rounding those numbers to the nearest 10 and 100. Whilst in Science we conducted a variety of experiments that taught us about how vibrations travel through solid, liquids and gases. Using tuning forks, we knocked them on the side of the table and placed them in the water to see the reaction. We listened to dolphins making noise in the water and discussed how we hear it? We listened and felt the vibrations within our voice boxes.

In topic, we discussed where in the world we live and where Odense is? We looked at the continents of the world, the countries that make up Europe and how we would get from South Wonston to Odense? It has been a very busy week!

We have really enjoyed our first week back!!

In English, we looked at the short film called 'Ruckus'. It is about two brothers who steal a ruby off of a freight train. We really enjoyed the film and are excited about basing our writing on the story. We look forward to sharing it with you soon.

During our Science lesson, we went on a sound walk around the school. We were listening to all of the different sounds that we could hear. This included: whispering, footsteps, shouting, laughing and giggling.

We also enjoyed our first swimming lesson where we were put into different groups called whales, sharks, dolphins and stingrays. We can't wait for our next lesson!