We have had an absolutely fantastic summer term in Woodpeckers. The children have completed some amazing work across the 6 weeks in school.

In a term that has included an exciting lesson with Southampton FC and Viking workshops with the Jorvik centre we have covered a lot and I am extremely proud of all the children.

Maths this half term has been a challenge that all the children have risen to. In year 4 children have worked hard on place value and working with decimal numbers as well as moving on to adding and subtracting money at the end of the term. In Year 5 they have been working on decimals all half term. We have worked on adding and subtracting decimals with the same amount of decimal places as well as numbers with different decimal places. In maths this half -term the children have produced some fantastic work and I cannot wait tp see what is to come in summer 2.

In English this half term the children have completed some brilliant work. In the beginning of the half term we worked on Macbeth, the children absolutely loved learning about the complex characters. We loved also creating our own play scripts based on certain scenes. The children also decided that they were extremely intrigued by Lady Macbeth and her motivations which led to some fascinating and intriguing discussions.

In topic this half term we have studied the Vikings, the children loved learning about the Vikings. We learnt about the how the Vikings were not just warriors and raiders but actually lived very normal lives. The children found this fascinating and they loved learning about the lives Vikings lived in the countries they settled in. We also had two live Zoom sessions from the Jorvik centre in York. The first session involved discussing the Vikings as Radiers and warriors and what sort of weapons they used. Our second session involved learning about the lives Vikings lived when they were not raiders or warriors. The children learnt about the amount of money Vikings could expect to earn from their jobs as well as what they could spend their money on. I was also very impressed with the outfits the children had on for Viking day!

In Art and DT this half term we have really shown our creative side! On the last day of term we worked on weaving in the same way the vikings would have done using a loom. The children found this originally tricky but with perseverance and a little teamwork they began to make progress! I have attached some pictures of some of the work the children have done at the bottom of this blog entry.

In Art we had a sculpture day. The children created some fantastic 3D models of doughnuts and also some egg carton mice.. We thoroughly enjoyed creating sculptures and the children used all different materials tp create these fantastic sculptures. Again I have attached photographs of some of the children and their work.

We had an absolutely fantastic time being a VIP school for the Southampton FC live lesson. The children did themselves and the school proud. Thank you parents for being so quick in getting permission slips sent back!

Finally parents thank you for all your support this half term. I am grateful for all the non-uniform days and items that have been sent in which has meant the children have been able to really fulfil their potential. Thank- you again I hope you have a restful half term and I look forward to seeing all the children soon. 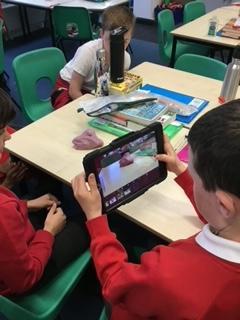 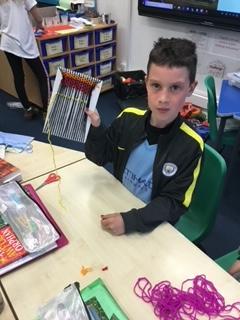 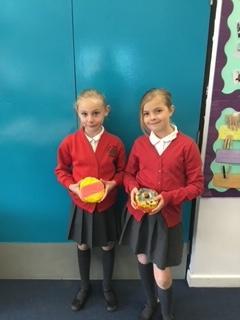 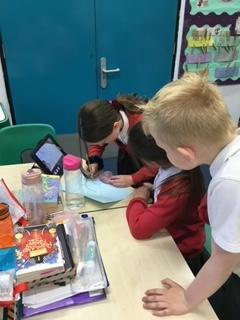 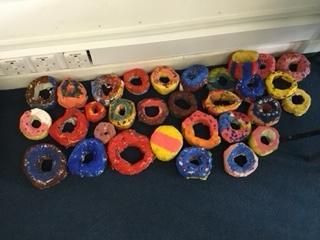 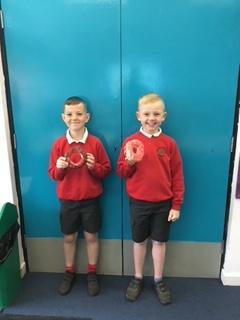 It has been a rather different Spring Term for all of the children in Woodpeckers. It has been fantastic to have everyone back for the last 4 week of the term. The children were fantastic and settled back into the school routine brilliantly. It was lovely to see predominantly happy faces on the first day back.

Our topic was 'What's it like to live in Brazil?'. We all thoroughly enjoyed learning about the Amazon Rainforest and our favourite part was learning about the different layers. We then created model rainforests and the children really showed off their creative skills.

We also linked our Topic learning to our English lessons. We researched deforestation and learnt about the pros and cons of it. We also took part in class debates where we put ourselves in the roles of people who want to save the rainforest and people who use the rainforest to survive. We discussed some of the moral dilemmas that surround deforestation and the children were fantastic. We also produced an extended piece of writing in the form of a balanced argument.

In Maths at the beginning of the term we worked on fractions before moving on to Position and Direction objectives. The class spent time working on symmetry, coordinates and translation. The children in Woodpeckers really enjoyed working on co-ordinates and challenging their friends to games of battleships using their knowledge.

In Science this term we looked at the topic of Electricity. We had many opportunities to create circuits using a range of equipment. We loved the energy balls in our class and we were enjoying creating human circuits.

We cannot wait for Summer Term.

What a brilliant first term back in school for us all! It has been delightful to see smiling faces coming through the door each morning despite feeling, for some of us, very nervous! Woodpeckers have approached the new school year with a huge spring in their step and they have all made a fantastic start to the school year.

English has been brilliant this term! We began by watching the short film 'Ruckus' where two brothers, Frank and Jesse, hijack a train to steal a valuable ruby. We designed wanted posters which described one of the brothers and hoped that someone would identify them so they could be caught!

We then used our Guided Reading text, Kensuke's Kingdom as our stimulus for writing a variety of poems. We thought about different types of poetry including Haiku and Tanka poems which use a certain amount of syllables. Our poems have been collated into our own anthology which we can read in our classroom.

In science, we have been exploring the environment around us discussing the positives and negatives! We have investigated the wooded areas to see what creatures we could find and identify and will continue this throughout the year to observe how this environment changes. We have looked at how humans can have a negative impact on our environment but also the changes we can make to improve it! Over the year we will make a hedgehog highway to ensure that hedgehogs have enough room and a bug hotel!

Our topic has compared where we live in and around South Wonston to Bologna in Italy. We compared our daily lives to children in Bologna and also identified both physical and human features of both areas. By unanimous decision, most of us would rather live in Italy. Although we identified that our lives were quite similar it was hard to ignore the weekend ski trips that some of the children in Bologna went on!

We have focused on our school community this term and how our actions affect others around us. We discussed as a class rewards and consequences and what we enjoyed about being in school environment. We also thought about some of the things we would like to see in our classroom.

Thanks to our fantastic music teacher, Mr Jones, we have been learning the guitar! We have mastered how to hold the guitar and have now been focusing on learning particular notes. We are confident with playing a basic tune and ensuring that we stay at the same rhythm.

In art this half term we looked at the work of Ken Done. We were blown away by some of his landscapes of his native Australia! We then had a go at creating our own landscapes of the school. We think some of them are good enough to be put in the Tate modern!

It really has been a busy term! But we have loved every second. We can't wait to see what new learning and fun Autumn 2 will bring us!